“Are you sure you want to do this, Beth?” SarahBelle asked.

Beth looked up- seemingly startled- by the question. “Of course, I’m sure. Elliot has been pulling prank after prank on me ever since the new semester. He has to pay.”

“There’s no way Master Wizard Alfredo is going to allow you to do this.”

“It’s against all the coven’s rules, using magic on one another. Even Elliot doesn’t do that. His pranks are just a harmless Guinea pig in you dresser drawers, or a garden snake under the pillow. He just wants you to notice him.” AnneMay tried to speak some sense into her friend. “He’s never done anything that would harm you.”

“Notice him. Notice him!” Beth could hardly contain her emptions. “Elliot will know, beyond a shadow of a doubt, that I have noticed him.”

“But a frog?” intervened SarahBelle once again. “You could get expelled from Academy if you get caught.”

“Nonsense,” declared Beth. “We mix this potion in Elliot’s soup at evening’s supper. Give it four hours, by curfew- Elliott’s a slimy, crusty amphibian. No one will notice that he is missing. Elliot’s always away plotting and scheming over the weekend. By Sunday, the spell will have worn off. It’s likely no one will even know anything every happened- except Elliot.”

“But if you get caught?” simultaneously, the two girl’s fears were spoken.

“Toad-ly worth it, smiled Beth.”

Written for ‘Picture This’: FanStory.

Lady Templesworth wheeled onto the pier. Smiting the brake, she pressed the lift enclosing the convertible and shut-off the engine simultaneously.

Quickly disembarking. Lord Templesworth tried to get to the driver’s door of the pink Ferrari before his wife could exit on her own.

Racing to the dock, she exclaimed, “It’s pink!”

“Completely renovated. Teak decks. Your signature paint. A master and guest berth. A gourmet kitchen. An entertainment room. And of course, the accompanying necessities.”

“It’s beautiful. HoneyBear, why buy this lovely yacht before you’ve taught me to navigate?”

“Entirely a business decision, My PookeyBear. I’ve seen you drive.” 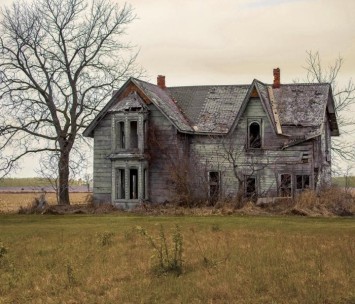 “We’re good to go. All our domestic necessities in my pack. We’re ready. If she’s there, we’ll see her.” Packing for tonight had to be all cloak-n-dagger. If their parents found out…

“This is the night. According to all forensic records.” It had taken us two years-three summer jobs each (weeding gardens, picking fruit, and shoveling (well, just don’t go there.) for us to finally afford this new gear. “It’s not like they had a very proficient C.S.I. team in 1913,” I chuckled.

“Didn’t really have to, Everything’s in her diary. She stopped writing in it on August 31, 1913. Her body was found two days later. So tonight, whatever happened… happened.”

“Oh, that’s so profound. Let me write that down.”

“You just keep your hands near the recording equipment. We were right about her showing up last time. This year we’ll have proof.”

“Sure we will. We’d have had the proof two years ago if you hadn’t upturned and busted all the equipment. Ruing and screaming out of the house like a mad man from He…”

Written for Flash Fiction for the Practical Practitioner. 200 words.

“Sweetms, when you said we had a five-story beach-front house with a 360-degree lookout tower, this isn’t exactly what I thought you were talking about.

“She’s beautiful, Darling … Isn’t she? You can sleep to the rhythmic beatin’ of the waves every night. And you ought to see it in the moonlight.”

“There appears to be a lot of stairs. What about when our folks visit?”

“Easy peasy. There’s a lower loft under the first floor. I’ve installed an elevator-lift. It’s complete with its own full bath and master suite along with a kitchenette.”

Written for Flash Fiction for the Purposeful Practitioner: Week #32: 2020.

“Ma just said that to keep us home longer. Pa needed us to do the farmin’. Well, there’s no farmin’ left. Pas drunk it all away and the bank got the dirt now. You know Ma is going back East. I ain’t a-goin-be no city dandy. Is that what you want?”

“Then stop bein’ so fickle-hearted and let’s run.”

The arrangements were complete.

I had double-checked every detail.

Heck, I triple-checked most of them.

After changing my shirt for the fourth time… it was wasn’t dirty, I just couldn’t control my sweating… I calmly walked downstairs. I wanted to check out the table settings before they got here.

They are to be seated just in front of the windows. What a lovely view.

Heading to the back closet, I grab my coat, gloves, and Barrett M95.

If Nathan, my twin brother, gets married before me, everything goes to him.

Half of my inheritance.

All resting on this one chance encounter.

The terms of my father’s will had been specific.

I knew Dad had had a mistress. (I suspect he had had many.) But this one was different for some reason. This one gave him a son.

And now… This ridiculous hitch in his will.

I had been groomed to be the new CEO of Hilldenbury International. I would be, no matter how this foolishness played out.

But, if the worst happened…

If Bartholomew (my ill-conceived half-brother) was shown to have “a heart-of-kindness, like my beautiful Felicia” to quote my philandering father, Bartholomew was to receive half of the estate.

I would inherit the business; he would get the rest.

I had hired the best detective agency. My father’s attorney presented them with the scenario my licentious father had planned.

If Bartholomew offered assistance to this vagrant itinerant upon their meeting, then he was to be recognized as Mr. T.Y. Hilldenbury’s long-lost son.

If not, the entire fortune was to be mine, Bartholomew was to be forgotten.

Sweat was dripping from my face, and that of my solicitor as we watched the scene play out before our eyes.

“Grab your bag. You know it don’t last long.”

“Already packed from the last one. Didn’t even have to replace the snacks. Last’n disappeared before we’d left town.”

“That’n was a small one. Look at the size of this baby,” Rudolph’s excited was evident. “’Bigger the rainbow, bigger the pot of gold’, Granddad said.”

“Granddad said a lot of things.”

“Rudolph, that wasn’t Granddad. That was Dorothy, of Oz.”

“What did Granddad say?”

“Oh, then why are we chasing this rainbow?”

“We’ve been hiking for over two hours- uphill – the entire way, yet the mountaintop seems even further than it did when we started. Are you sure we’ll get there for sunset.”

“I’ve hike this trail many-a-time, dear. When the lads were only eleven, we made up on to the top to set up camp before sunset.”

“Are you saying I’m slower than the boys were?”

“No dear, you’re not slower. Only less patient.” her husband said with a smile. “At least you don’t keep asking, ‘Are we there yet?’”

“I can clearly see that we’re not there, yet, Sweet’ums.”

“A hint of sarcasm. Still plenty of vim-and-vigor in you.”

“This had better be worth the trip.”

“It will be. And unlike my trip with the lads, we’re carrying only water and a few snacks in our packs. No tents.”

“I think you promised a candlelit dinner at the top. I hope that you’re planning to woe me with trail mix protein bars.”

“No, My Sweet.” Another smile crept across his face as it turned away. “The chopper is already atop the mountain with the rest of our things.”  And quickly he continued his assent, not waiting for a reply.

Written for FLASH FICTION FOR THE PRACTICAL PRACTITIONER: Week #14.

“Just look at that beautiful sunrise. I can never see enough of them.”

“Looks the same to me. I’ve seen enough of them to last a lifetime.”

“My honey-bee, a calloused heart doesn’t become you. I remember …”

“You can stop with all that sweet talkin’ and those stupid memories. And quit your fiddlin’ with my hair. It’s taken eons for it to look this way.”